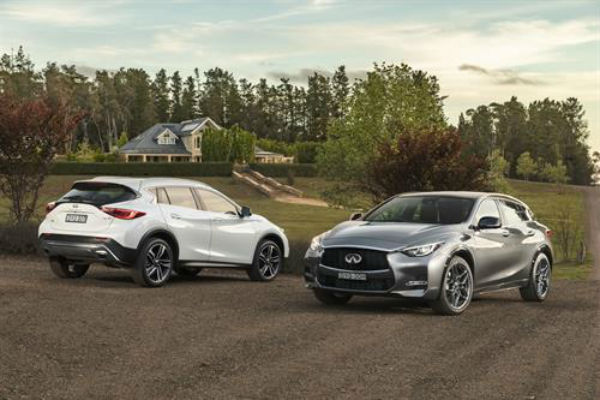 Talking about Nissan’s luxury brand Infiniti – a brand still relatively unknown in many quarters in fact having just tested several models I was surprised at the low recognition level of the brand and few people know of its association with Nissan. On sale in Australia for over eight years Infiniti has not been able to gain traction and in the first two months of this year it sold just 69 cars nationally. Nissan Australia with its own sales down nearly 20 percent in the first two months of this year has seemingly done little to promote its luxury brand. I’ve just tested the small Infiniti Q30 hatch and higher riding QX30 SUV, both very stylish compact models which deserve to do much better in the market – I saw these vehicles in their early design stages in the U.S. – in my opinion their styling cues are different and very appealing, classy and stand alone. Both models sit on Mercedes-Benz A-Class and GLA-Class platforms which in some ways is a blessing, in other ways a minus. By this I mean with low recognition of the Infiniti brand most buyers prefer the kudos of the Mercedes-Benz models, the power of the Mercedes-Benz star particularly appealing to Asian buyers. Infiniti has now freshened the Q30 hatch and QX30 SUV, rationalized the models and sharpening prices – the Q30 Pure hatch now from $44,900 drive-away, the AWD QX30 Sport SUV from $56,900 drive-away.