How the middle class got screwed by globalisation

Jeff Rubin, former chief economist at CIBC World Markets, joins Michael to discuss his latest book ‘The Expendables: How the middle class got screwed by globalisation’.

Mr Rubin argues that all this was foreseeable back when Canada, the United States and Mexico first started talking about free trade. Labour argued then that manufacturing jobs would move to Mexico. Free-trade advocates disagreed.

And it’s not just NAFTA.  Cheap oil, low interest rates, global deregulation and tax policies that benefit the rich all have the same effect: the erosion of the middle class. 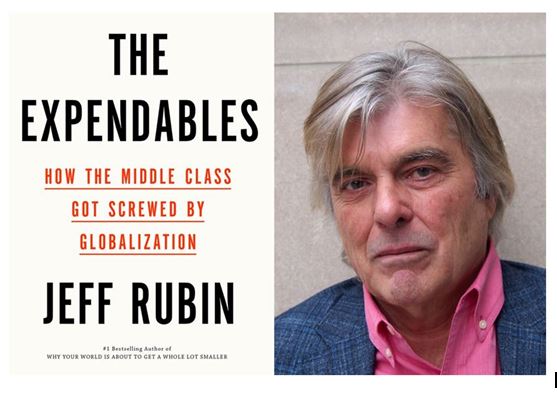