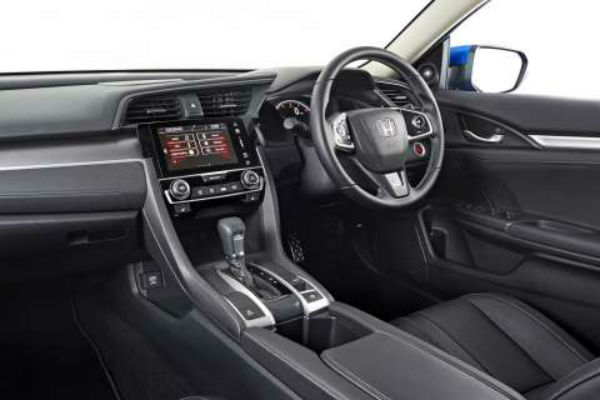 Honda’s Civic has been an enormous success in this country, first arriving in 1972 it put the Japanese brand on the map. While the model lost its way some six or seven years ago the 10th generation model launched last year in sedan form and recently in five-door hatchback has been an instant success – now Honda Australia’s biggest seller. I drove the entry 1.8-litre VTi hatch at $22,390 and the top grade 1.5-litre turbo VTi-LX hatch, part of a five model automatic-only range. With five-star ANCAP safety the Civic shines in active and passive safety – however, disappointingly, only the top-grade VTI-LX gets autonomous emergency braking or AEB. High points on the Civic Hatch are very sharp steering and handling – it provides a very positive and confident drive while ride quality is impressive on the roughest of roads. Cabin and luggage space is also best in the small car class. – the interior, irrespective of grade, very nicely appointed. Both engines provide excellent performance and economy however the 1.5-litre turbo is obviously the more sporty in flavour and quicker off the mark – both however are noisy under hard acceleration – the CVT or continuously variable automatic locks up nicely however the engines become raucous when pushed which tends to downplay the rest of the Civics overall polish. Having said that one can see why these latest Civics have lifted sales so quickly for Honda and both sedan and hatch should be on your road test list. I’m David Berthon