Australian rocker James Reyne is bursting back onto the music scene post lockdown.

He has just released a new black and white video for his haunting single Burning Books, the second track of his solo album Toon Town Lullaby, released last year.

James revealed to John Stanley that his form and career is as good as it’s ever been.

He says “as a craft, when I started doing it, I was just amusing myself, but now I am a million times better as a singer”.

“I couldn’t even sing when I started, I was a shouter, I just shouted in tune”.

James also spoke about how streaming services and COVID have impacted the music industry.

He says “the royalties are ever diminishing because streaming doesn’t generate much income to be honest”.

“All artists missed out on lots of opportunities this year due to COVID, so now it is a mad scramble to get the venues when you want them”.

You can catch James Reyne live in the lead up to Christmas at the Boys Light Up 40th Anniversary Tour.

His new single Burning Books is also available on Apple Music and Spotify. 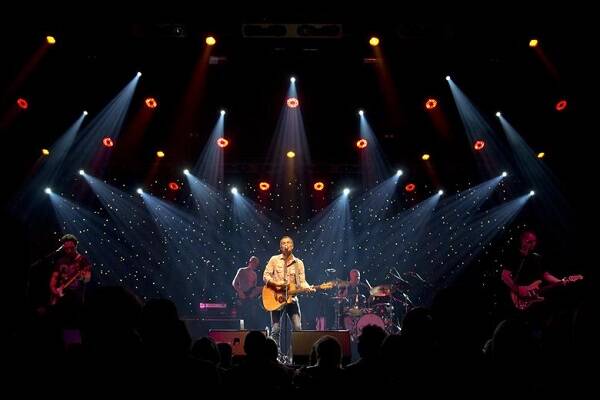