Professor Ben Saul, Challis Chair of International Law at the University of Sydney and recognised as a leading expert on global counter-terrorism law, joins Michael to relive the Iran hostage crisis which ended forty years ago today.

A diplomatic standoff between the United States & Iran saw fifty-two American diplomats and citizens held hostage after a group of militarized Iranian college students belonging to the Muslim Student Followers of the Imam’s Line who supported the Iranian Revolution, took over the U.S. Embassy in Tehran and seized hostages.

Western media described the crisis as an “entanglement” of “vengeance and mutual incomprehension.” American President Jimmy Carter called the hostage-taking an act of “blackmail” and the hostages “victims of terrorism and anarchy.”

In Iran it was widely seen as an act against the U.S. and its influence in Iran, including its perceived attempts to undermine the Iranian Revolution and its longstanding support of the Shah of Iran, Mohammad Reza Pahlavi, who was overthrown in 1979. 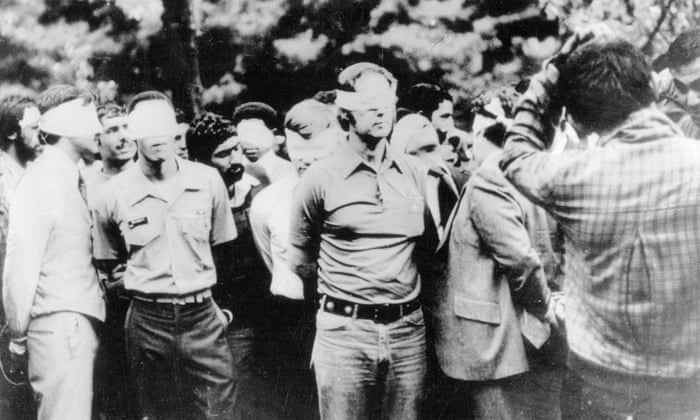