A man has been shot dead by police in London after stabbing multiple people in a “terrorist-related” incident.

The attack occurred in the Streatham neighbourhood of south London just after 2pm on Sunday (1am AEDT). 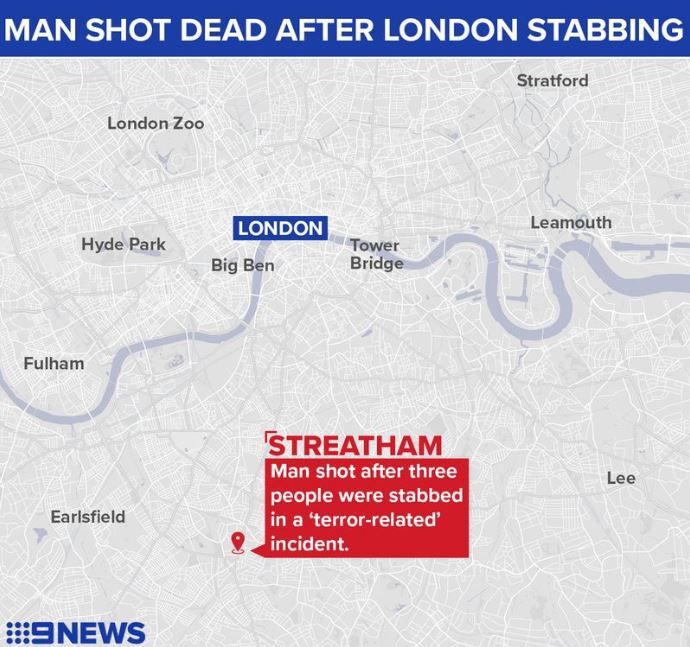 A man, identified as 20-year-old Sudesh Amman, stole a knife from a store and began stabbing members of the public.

Armed officers immediately arrived on the scene and shot Amman, who had a fake explosive device strapped to his body.

Two women and a man, who has life-threatening injuries, were rushed to nearby hospitals and are still being treated.

“The situation has been contained and officers from the Met’s Counter Terrorism Command are now leading an investigation into the incident.

The incident was quickly declared as a terrorist incident and we believe it to be Islamist-related.”

The London Metropolitan Police quickly declared the event as an “Islamist-related terrorist incident”.

Amman was under surveillance by counter-terrorism police at the time of the incident, having been released from jail a week earlier. He had served half of a three-year sentence for terror offences, including the possession and dissemination of terrorist publications.

“The weird thing is this all happened in Streatham High Road… not a particularly high profile area.

“You kind of wonder how this came about in that place, of all places.”