A man has been arrested after allegedly trying to flee from police with a huge stash of illegal fireworks.

At about 7.30 last night, police were patrolling at Chester Hill in Sydney’s south, when a white Holden Colorado parked in a laneway caught their attention.

As officers approached the vehicle the driver allegedly sped off onto Miller Road.

The car eventually pulled over, with police finding more than 1000 commercial fireworks in the back tray. 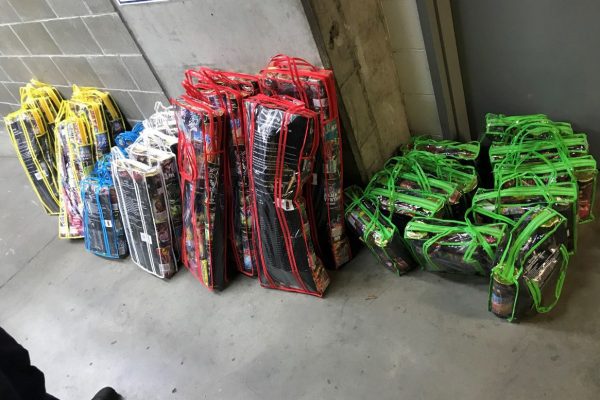 The 26-year-old driver and his 33-year-old passenger were arrested and the fireworks seized.

The younger man has now been charged with possession of explosives for unlawful purpose.

He’ll face court next year while the second man has been released without charge.