‘Pure evil’: The worst mass shooting in US history

The worst mass shooting in American history has taken place in Las Vegas.

Local authorities have confirmed at least 58 people are dead and more than 500 others have been wounded. 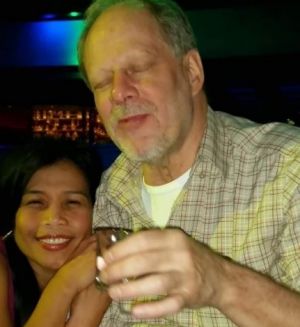 He was found in his 32nd-floor room of the Mandalay Bay casino hotel with 10 weapons.

He had smashed open a window, and started firing hundreds of bullets onto the masses of people below who were celebrating the Route 91 Harvest music festival.

Several horrifying videos have since emerged of people trying to hide from rapid gunfire.

It is not yet clear what prompted Paddock, a retired accountant to start shooting.

Police initially listed Paddock’s partner, Australian citizen Marilou Danley, aged 62, as a person of interest, however, she was later located in another country.

She is being interviewed by police.

US President Donald Trump has labelled the shooting an act of “pure evil”.

Sydney man Glenn Folkes was staying on the 32nd floor of the hotel, the same as Paddock.

He told Neil Mitchell he was “probably five or six rooms away” from the shooter’s room.

“Three SWAT guys busted into my room and woke me up,” Mr Folkes said.

“It was all pretty hectic, a lot of panic going on.”

Mr Folkes said he’d been travelling for about 30 hours so slept through the shooting.

Channel Seven’s US team was also staying at the Mandalay Bay hotel.

Earlier Journalist Ashlee Mullany told 3AW Breakfast’s Ross and John she had just gone to bed when the shooting broke out.

“I was woken pretty quickly by this sound,” she said.

“It was unrelenting. The gunfire just kept coming.”