The alleged driver of the white SUV, a 32-year-old Australian citizen of Afghan descent, was arrested by an off-duty police officer shortly after the car hit the crowd at 4.40pm on Thursday.

He’s known to police and has a history of drug use and mental illness.

The off-duty officer sustained shoulder and hand injuries during the arrest and was taken to hospital.

The driver of the car was taken to hospital under police guard. He’s since been charged with several counts of attempted murder.

A total of 20 people, aged between four and 83, people were injured. Two people were also treated for non-collision related injuries.

“It just mowed everybody down, people were flying everywhere.”
– 3AW Caller, Sue.

“As it (the car) approached this intersection here … it just mowed everybody down, people were flying everywhere.”

Darren told 3AW his wife was waiting in her car at the intersection when she saw the car speed past on the tram lines beside her.

“I didn’t want the kids to see anything. We just ran. I want to get the girls out of there so we ran into the closest building,” caller Ashley told 3AW Drive.

“It ran into the tram stop – there would’ve been so many people waiting for a tram there.

As you will know, there’s been a horrible incident on Flinders St. Police have secured the scene and will provide info as it’s confirmed. Please avoid the area. Trains running but trams affected. Stay safe. Check on your loved ones. And thank you to our brave emergency services.

UPDATE Flinders Street: Due to a major incident at the intersection of Elizabeth and Flinders Streets, passengers are advised to defer travel through Flinders Street Station. Please interchange for services at Southern Cross and City Loop Stations. . pic.twitter.com/nQsUokkXhc

Horrendous scenes in the city. My thoughts are with all involved as it unfolds. Increadible job being done by our emergency services. 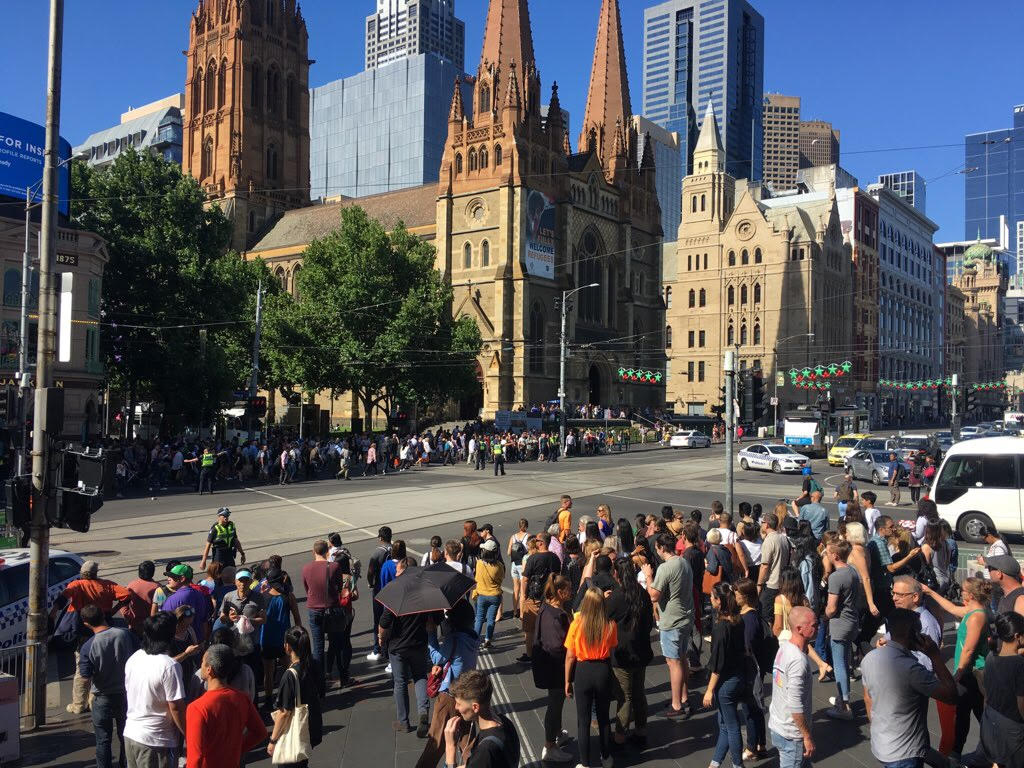 horror in the cbd