Hardline feminist Clementine Ford has had her speech for a charity fundraiser cancelled after almost 14,000 people signed a petition against her appearance.

It comes as the aftermath of a Tweet the writer sent out saying, “Kill all men” (see below) in 2015.

When Ford was announced as a speaker for the event, her previous Tweets became the subject of scrutiny as many questioned how Lifeline could give Ford a platform considering how many men with mental health issues rely on the service.

The far-left feminist has also hit out at the budget after it announced it would cut financial assistance to the ABC.

One of Chris’ listeners managed to screenshot the Tweet as it was deleted shortly after. 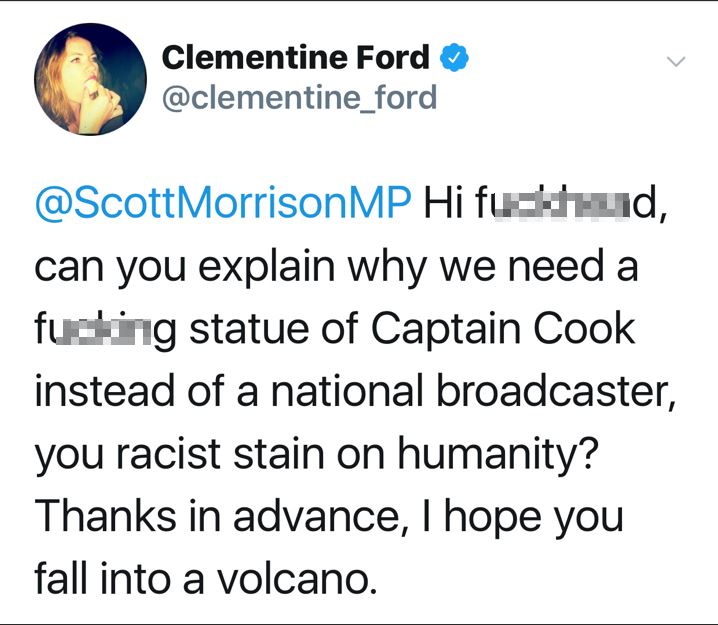 “That’s a sackable offense, isn’t it?

Listen to Chris’ comments in full below