A disabled woman who was subjected to verbal abuse on a Qantas flight has called Ray Hadley to thank him for his passionate support.

On Friday, a flight from Sydney to Port Macquarie was delayed by three hours as a man in his 60s hurled verbal abuse at a six-year-old girl with Down Syndrome.

52-year-old Jackie also has Down Syndrome and was seated nearby, “reduced to tears” by the incident.

On Monday, Ray called out the “grubby person” for his despicable comments, which were too horrible to repeat on-air.

Jackie was travelling to visit her sister-in-law Jenny at Port Macquarie. 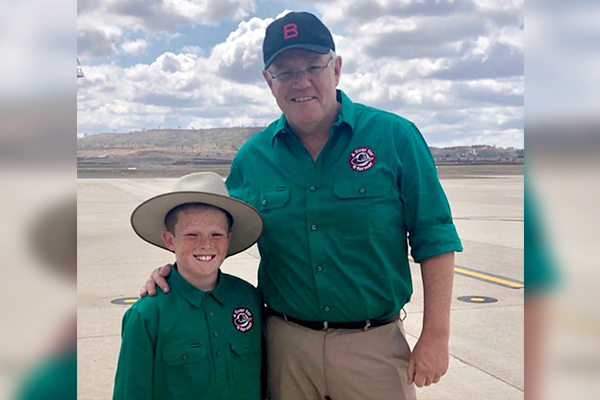 The pair phoned Ray after the incident.

“I  just want to say thank you. Thank you for being so passionate,” says Jenny.

“Jackie is here with me too and she wants to say thank you.”

“I was going to say thank you… and I hope you go for Manly,” says Jackie in a beautiful conversation with Ray.

It prompted Ray to again call for the perpetrator to be banned from Qantas flights indefinitely.

“I’m going to text [Qantas CEO] Alan Joyce and ask, has this bloke be banned?

“I’m going to make it my life work to get him banned from every airline that I have any connection with.

“You can’t have creatures like this insulting six-year-old children with Down Syndrome and beautiful people like Jackie…. inconsiderate bastard that he is.”