Dodgy ticketing website Viagogo has finally been banned from advertising through Google.

In a potentially crippling blow to the organisation, the search engine has suspended Viagogo from its paid-for search results, globally and with immediate effect.

The secondary ticketing company has long been accused of jacking up prices for sporting events and concerts as well as selling invalid tickets, and double-selling seats. 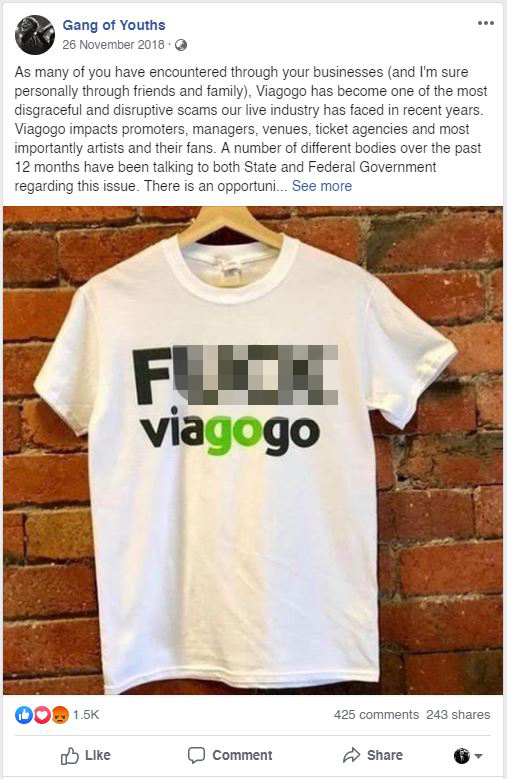 Its success has come from paying to appear at the top of Google searches, above legitimate ticket sellers.

The company was found guilty of misleading consumers by the Federal Court in April but has continued to operate.

There has also been a significant global campaign led by British superstar Ed Sheeran, UK Ministers and Australian musicians, including Gang of Youths.

Ray Hadley has long-been campaigning against Viagogo, successfully getting new scalping laws introduced in NSW in 2018.

He’s calling this latest development a major victory for his listeners who have been stung by the company before.

“Look, it’s not often we have what you’d call a win here. We have little wins from time to time, but sometimes it’s a bit frustrating… you feel like you’re banging your head up against a brick wall.

“Well, about six hours ago I got news overnight that Google has suspended Viagogo as an advertiser.”

Click PLAY below to hear Ray’s comments in full