‘From that moment on I thought, this is what I want to be’: What made Johnathan Thurston one of the greats

In five years’ time, Johnathan Thurston will be eligible to be inducted into the Immortals, with most in Rugby League believing the honour is a certainty.

But it hasn’t always been that way. In fact, quite the opposite.

As a kid he was caught up in drinking and stealing, as a junior player he was labelled too small by Arthur Beetson and as a rookie he was surrounded by controversy.

So what was it that elevated Johnathan Thurston from a maligned young talent to an Origin and International great, a two-time Premiership winner, three-time World Player of the Year and four-time Dally M recipient? 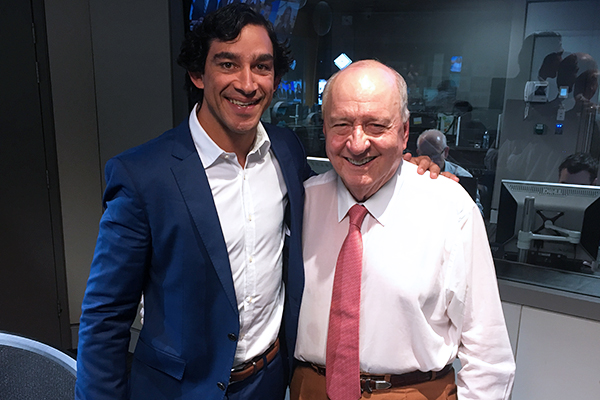 The man known as JT tells Alan Jones it was one momentous week in 2006, when he made his Kangaroos debut off the bench.

“It was such a surreal moment and feeling for me.

“I just remember that whole week at training, the level of skill was something I’ve never seen before with Danny Buderus, Joey [Andrew Johns] and Locky [Darren Lockyer] playing in the halves.

Six weeks on from JT’s last game, Alan asks whether his body will ever fully recover from 16 years of professional Rugby League.

“Not fully, but it’s starting to get better now.

“The back is still a bit sore, the shoulder wakes me up at night.

“Hopefully it just settles down over time,” he says.

JT tells Alan about his upbringing and the “massive turning point in his life” that helped hem get back on the straight and narrow.

“I made a promise to myself that I’m going to make the most of this opportunity because it may never come again.”

All of these stories and more are in his new autobiography Johnathan Thurston, which is out now.

Click HERE to buy a copy of the book 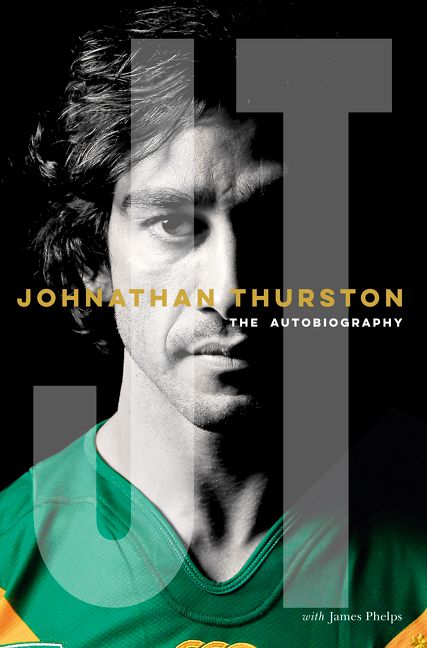