Heavy rainfall across south-east Queensland has left floods and major traffic delays across the region.

Bribie Island recorded 65 millimetres of rain within one hour to 8.30am.

Main roadways are delayed with crashes recorded on the M1 and Bruce Highway.

The Bruce Highway is laden with heavy traffic northbound from a truck run off the road near Buchanan Road in Morayfield.

A broken-down truck westbound on the Ipswich Motorway has also caused heavy build-up.

Ray Hadley has shared images taken by his producer Olivia Wilbury of flooding outside the 4BC station. 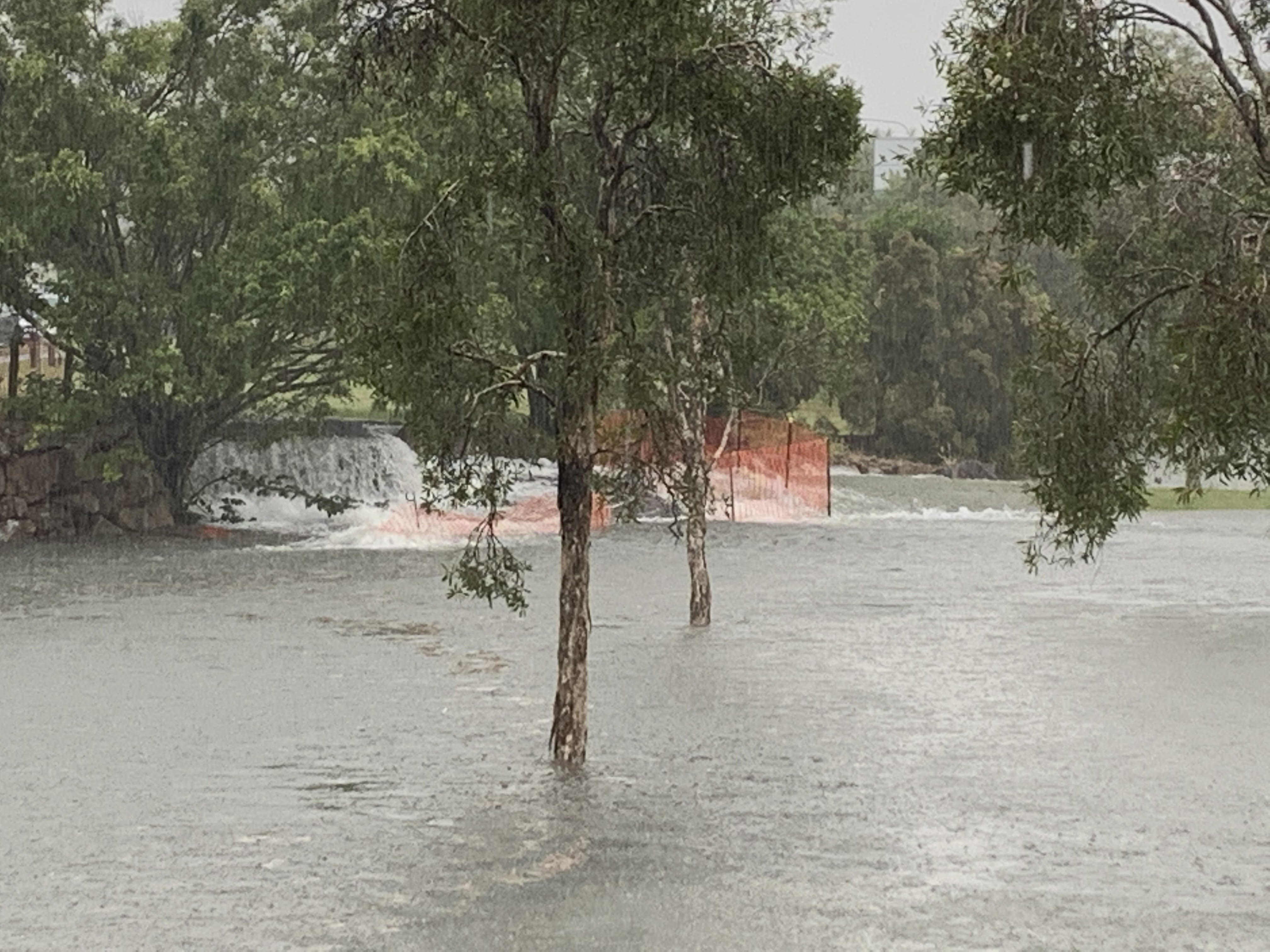 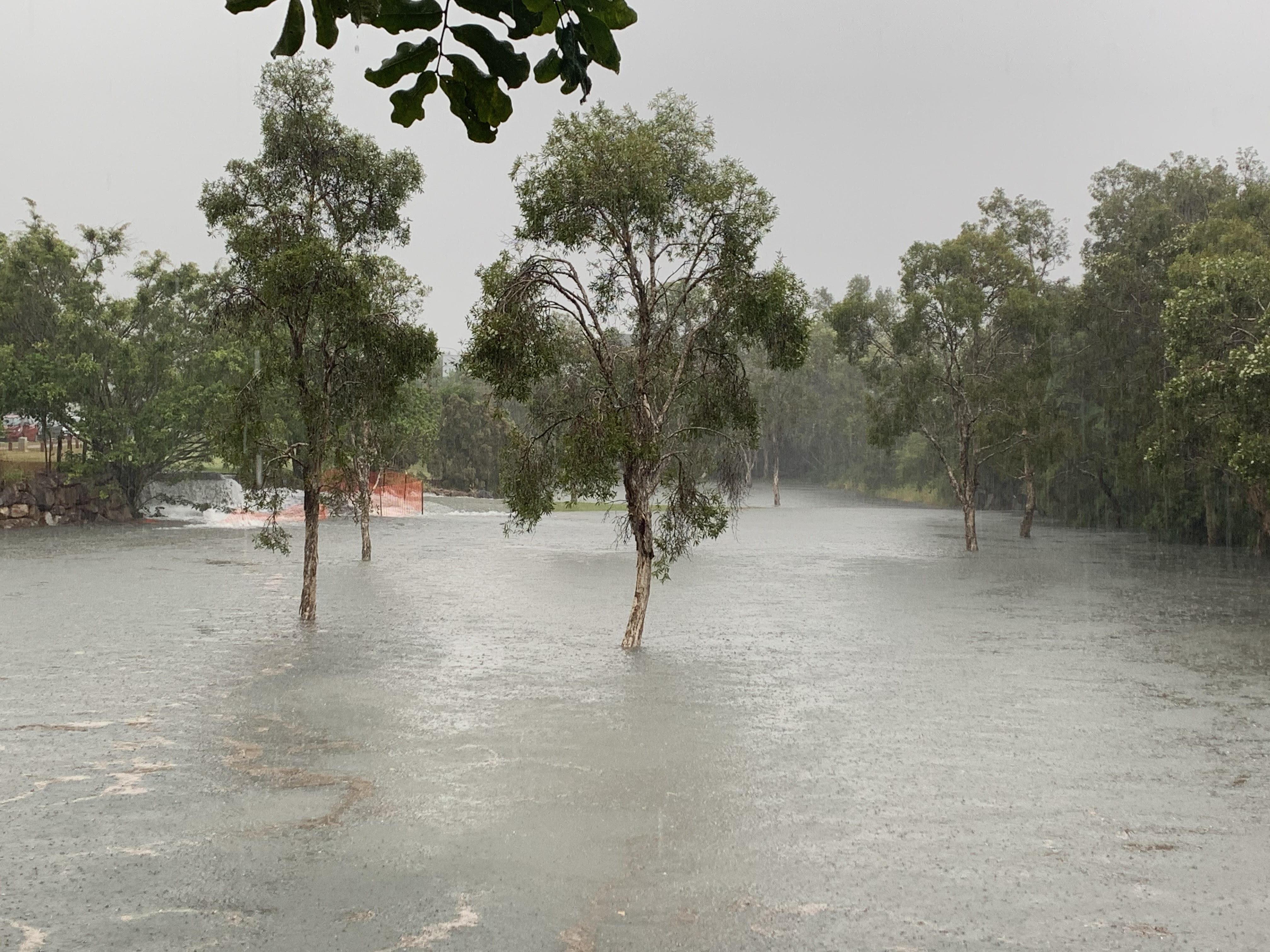