The 41-year-old was jailed in 2005 for her role in attempting to smuggle more than eight kilograms of heroin from Indonesia to Australia.

Lawrence has served almost 13 years and seven months of her 20-year sentence, earning a reduction for cooperating with the police investigation and for good behaviour.

Another five members of the Bali Nine remain behind bars, serving life sentences, while Tan Duc Thahn Nguyen died from cancer in May this year.

In 2015, ringleaders Myuran Sukumaran and Andrew Chan made headlines as their death penalties were carried out. 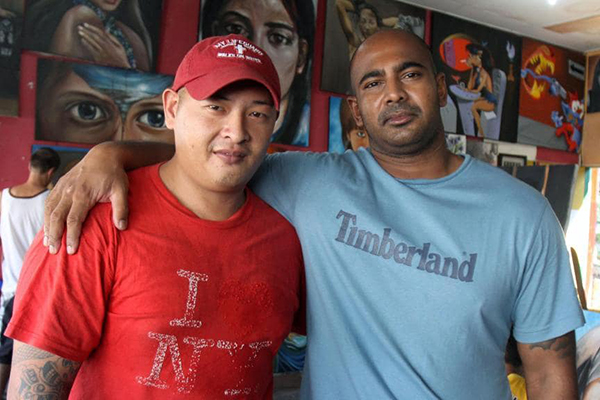 Indonesian police will take no risks with the transfer of Renae Lawrence, providing a fully-armed escort all the way to the airport.

She may not remain free for long though, facing outstanding warrants when she returns to Sydney.

The former panel beater was allegedly involved in a high-speed chase on the Central Coast, one month before the Bali Nine drug plot.

But NSW Police Commissioner Mick Fuller has hinted Lawrence may not be arrested immediately at the airport.

“We will make a time reasonably with her legal team to bring her in to have those warrants satisfied.”