FIRES CONTAINED: Every bushfire in NSW is now under control

For the first time this bushfire season, all bush and grass fires burning in New South Wales are “contained”.

It’s taken almost six months but heavy rain, which continues to drench the state, has helped crews extinguish the majority of blazes and bring the rest under control.

The NSW RFS is relieved but warns the bushfire season isn’t over yet with 24 fires still burning at the lowest alert level.

In what has been a very traumatic, exhausting and anxious bush fire season so far, for the first time this season all bush and grass fires in NSW are now contained.
It has taken a lot of work by firefighters, emergency services and communities to get to this point. #nswrfs pic.twitter.com/RhqmcYhJ1j

“The rain has helped significantly on a lot of those fires down south.

“We’ve still got a few of those fires down near the border where the rain hasn’t been as heavy down there, and they’re still burning away.

“But we do have containment lines and now there’s only a smaller number, we can put a lot more effort onto those fires that are remaining to try and put them out finally.”

James Morris from the RFS says crews will look to extinguish each and every blaze while conditions are favourable.

“We’ve still got a bit of work to do and it simply comes down to weather, when it’s on our side.

“A lot of these areas are only accessible by remote aerial firefighters.

“We’re not seeing those increased fire dangers and elevated fire conditions as we have seen in the past.” 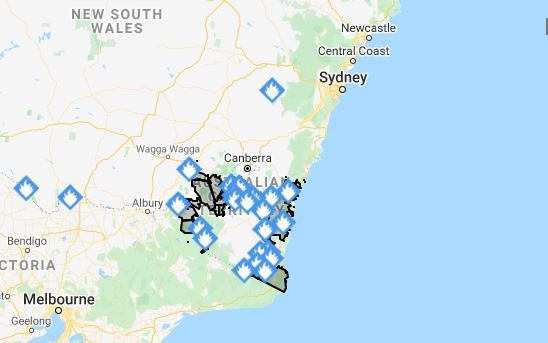