Fascinating call from WWII veteran who served at the ‘Cowra Breakout’

On 5 August 1944, more than 1100 Japanese prisoners of war (POWs) staged a breakout from the camp in the NSW Central West. 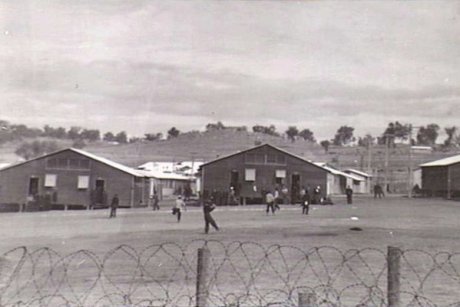 All were recaptured in the surrounding countryside in the nine days that followed.

Alan Jones received a call from Ron Feld, who was an 18-year-old army private training at a nearby military base.

He vividly remembers seeing the prison camp on fire and being ordered to find the Japanese escapees.

“We were awakened from our bed and we had to immediately dress into our army gear and do guard duty on our barracks.

“We did think we were at risk because we had to guard the premises and then we had to go out looking for them on a roster basis.”

“When we think of a prison break, we normally think about those prisoners wanting freedom.

“But we’ve got to remember that at Cowra it was nothing to do with that. These prisoners didn’t want freedom, they wanted death in battle.

“Their plan was to take over the camp, to kill as many Australians as they could, and then hopefully die the glorious death that they’d been denied on the battlefield.”