The Prime Minister has spoken out against Cricket Australia’s new transgender policy, labelling it “mystifying” and “heavy-handed”.

The changes, to be enforced at both an elite and grassroots level, allow people to compete with whatever gender they identify as, based on two very liberal guidelines:

The policy, announced on Thursday, also mandates that transgender players should be allowed “to use bathrooms, showers and changerooms that align with their affirmed gender”. 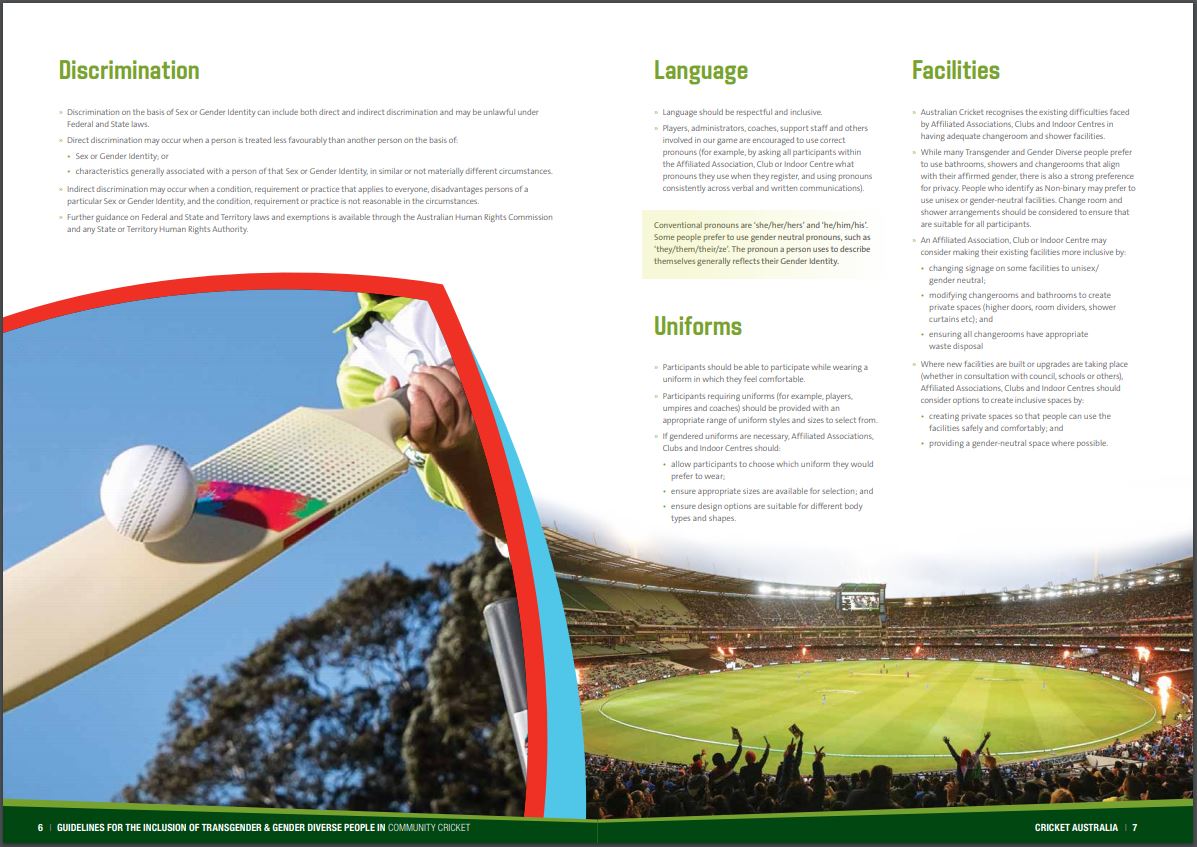 Prime Minister Scott Morrison has hit out at the “guidelines”, saying Cricket Australia has unnecessarily taken a “sledgehammer” approach to inclusion.

“This is a very heavy-handed approach they’re taking with local sport and I think there are far more practical ways to handle these issues than these sort of heavy mandatory ways of doing it.

“I’m sure these issues are being quite carefully and practically managed at a club level already and so why there’s the necessity to get the sledgehammer out on this is mystifying me.

“I think we just need to get the issue in perspective and manage it calmly.”