Entrepreneur Dick Smith is offering a $5,000 reward for information which uncovers the identity of the person behind the mysterious Marree Man artwork.

The 3km-long sketch north of Adelaide first appeared in 1998, but its creator has never come forward.

Dick has already spent two years investigating the rural artwork, only to come up short.

But in continuing his mission to uncover the story of the Marree Man, he’s issuing a $5,000 reward.

A satellite image of the Marree Man 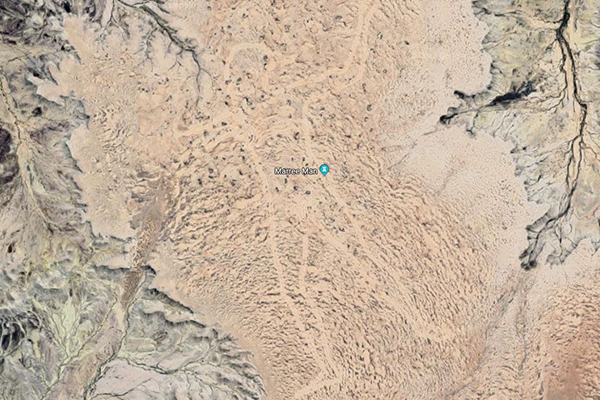 He tells Deborah Knight “it’s the greatest mystery of all time”.

“It would’ve taken weeks and weeks to put in. You can see it from space.

“No one knows who did it.

“I want to solve the whodunnit!”