The digging of an underground tunnel for Brisbane’s Cross River Rail is well underway, with two boring machines quickly carving the route.

The Queensland Government has released a tracker to follow the the two machines, Else and Merle, as they create an underground tunnel for the project.

Currently, Else is 374m ahead of its counterpart. 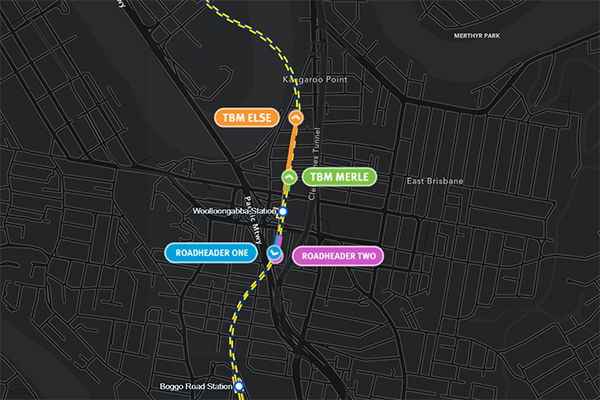