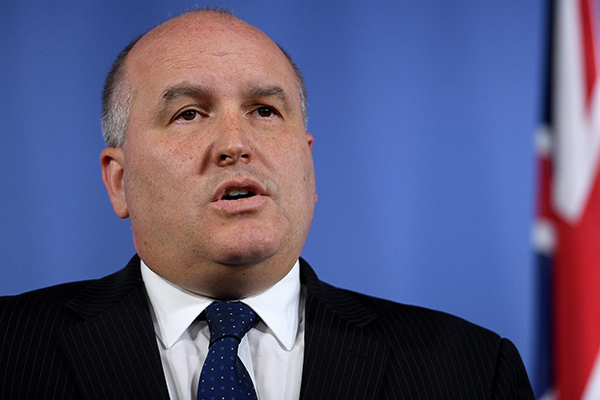 Ray Hadley has unearthed several more cases of Corrections Officers having sex with the inmates they’re supposed to be guarding.

It comes after exclusive revelations a prison guard at Kempsey jail maintained a sexual relationship with cop killer Sione Penisini for more than a year.

Whistleblowers have now informed The Ray Hadley Morning Show of the following cases:

2007 Tamworth Correctional Centre
Allegations of misconduct were made by the ex-partner of the Corrective Services officer. They were investigated and dealt with at the time.

The inmate was moved to Parklea Correctional Centre while the guard was just shifted to another area of Silverwater.

A female officer resigned from a Sydney correctional centre after the General Manager confronted her with allegations of improper contact with an inmate.

A guard was caught by two of her colleagues engaged in a sexual act with inmate Jesse Kelly at Silverwater jail.

She was under the influence of methamphetamines and was accused of smuggling contraband into the centre for him.

Kelly was the driver of a vehicle that crashed in 2005, killing his friend and sparking the Macquarie Fields riots.

This guard was allowed to resign rather than being sacked.

A staffer was suspended from duty and subsequently resigned.

An officer was caught having sex with an inmate in the gym at Long Bay jail.

The inmate, Jarad Smith, was responsible for the drink driving death of two innocent people in 2014.

Once again, the guard was allowed to resign, while Smith has now been granted day release.

A female Corrections officer has been suspended over allegations of sexual misconduct.

An investigation is ongoing.

Prison guard Amy Connors has been suspended over the relationship with Sione Penisini.

Corrections Minister David Elliott admitted he wasn’t aware of these incidents until told by The Ray Hadley Morning Show.

He’s promised to introduce tougher penalties for guards caught having relationships with inmates, staking his place in job on the issue.

“It’s an insult to the victims of crime which is why yesterday I’ve started the process to increase the penalties for any officer found having a sexual relationship with an inmate.

“As far I’m concerned, if I can’t pull that off I’ve got no business being in cabinet.

“I have made it very, very clear to all and sundry in the last 24 hours that this is non-negotiable as far as I’m concerned.

“If I have some smart lawyer or bureaucrat tell me otherwise well then there’s going to be a stand down.”

Minister Elliott will be chasing answers from Corrective Services NSW Commissioner Peter Severin as to why this has been going on.

“The case studies that you’ve given me over the last 24 hours, I haven’t been advised of…

Since Ray broke the story, the brother in law of Jarad Smith’s victim, Cathy Pracy, phoned the program.

Duncan tells Ray authorities hadn’t even told the family Smith has been on day release.