Peter Frilingos, one of the founding members of the Continuous Call Team, has been honoured with induction into the NRL Hall of Fame.

At a ceremony to be held in Sydney tonight, Chippy’s long-term colleague and friend Ray Hadley will accept the award alongside Peter’s wife Maureen, son Matt and daughter Anna. 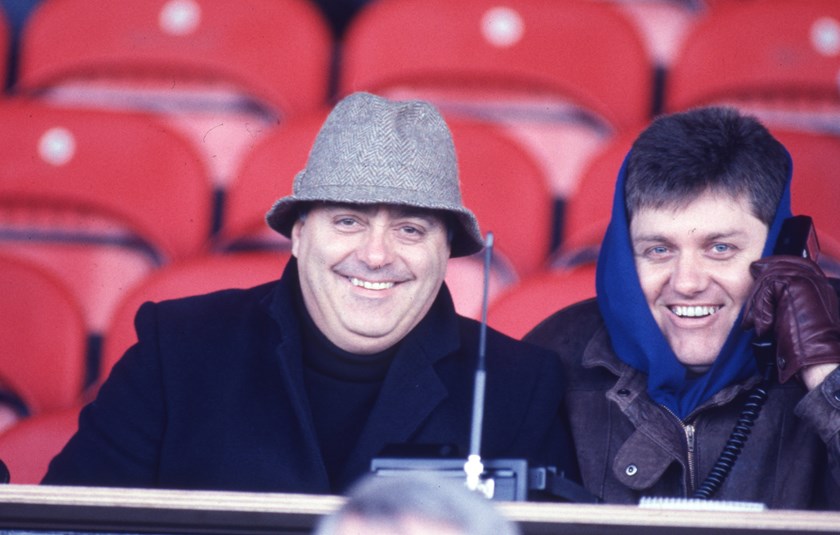 Peter receives the award in recognition of his contribution to Rugby League as a print journalist, starting as a copyboy with The Daily Mirror in 1962 before becoming Chief Rugby League writer for The Daily Telegraph.

In his 40-year career, Chippy was also a foundation member of the Continuous Call Team, alongside Ray Hadley and Bob Fulton.

Ray Hadley says, “Peter Frilingos was my mate and colleague from the first day of the Continuous Call Team in 1987 until his untimely passing in 2004. He’s thoroughly deserving of this honour.”

The Continuous Call Team put together this special tribute to Chippy after his death.

Renowned commentator Ray Warren and one of the Rugby League’s founding administrator’s, JJ Giltinan, will also be inducted tonight.

The voice of Rugby League, affectionately known as ‘Rabbs’, says he’s extremely humbled to be the first broadcast contributor inducted to the NRL Hall of Fame.

He chatted with his old mate Ray Hadley about the honour.