Climate protesters cause chaos across the country

Climate activist group Extinction Rebellion is causing chaos across the country with promises of week-long protests.

In Brisbane, six people have been arrested and 30 in Sydney after the riot police were called in to remove protesters blocking a major street in the CBD.

Brisbane protesters locked themselves to makeshift wooden blocks and police had to use crowbars and an electric saw to free them. 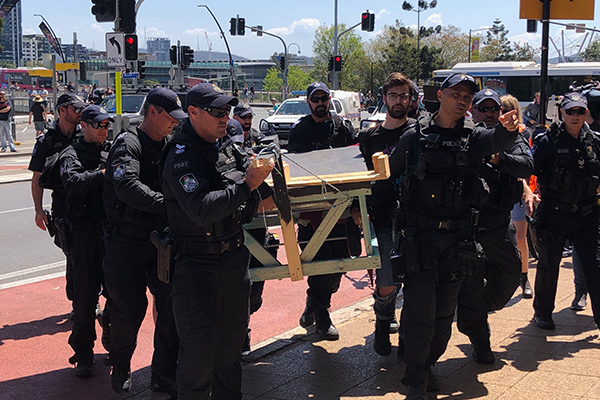 Protesters in Sydney were meant to make their way through the city but have staged a sit-in at Railway Square.

“Riot police are dragging people from this protest.

“The reason that they’re being ejected is because they simply won’t move.”

Extinction Rebellion member Greg Rolles speaks to Ben about the disruption the protests cause to the public.