Catherine Britt returns bigger and better than ever after cancer battle

14 years ago country musician Catherine Britt strolled into Ray Hadley’s studio as a 19-year-old and left Ray in awe.

Since then, life has changed dramatically for the Newcastle product, particularly in recent years.

She’s won a handful of golden guitars, made her big break in the US, battled and won her fight with breast cancer and given birth to her son Hank.

She joins Ray in the studio once again, as a new woman with new music to share.

“Extreme highs and extreme lows. I’ve battled breast cancer and I beat it and I’ve just hit my three years cancer-free the other day which is great.” 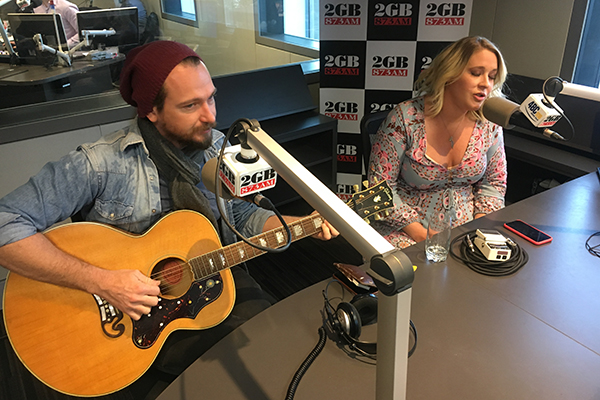 On July 20, Catherine Britt and the Cold Cold Hearts release their self-titled album all about her personal rollercoaster.

“I couldn’t have made this record even three years ago, it’s really, truly a result of the last three years, and everything that’s happened. In a very positive way,” she tells Ray.

“I’m a totally different person now in that I’m a lot more positive and live my life like every day is the last and this album is totally a reflection of that.

Catherine performed the first single off the new album Red Dirt and the second single, Met My Match.

Click PLAY below for the full interview and performances

For tour dates and to buy the album, CLICK HERE

IN STUDIO WITH RAY HADLEY