Scott Morrison reveals which COVID-19 restrictions will be lifted

Prime Minister Scott Morrison has announced a three-stage plan to lift Australia out of lockdown.

The national cabinet will review progress every three weeks to make sure there is no spike in cases.

The states will each decide which restrictions will be lifted and when, but the Prime Minister hopes, by July, the steps will be implemented.

“There is nothing that would see us opening overseas travel for the foreseeable future,” Mr Morrison said. 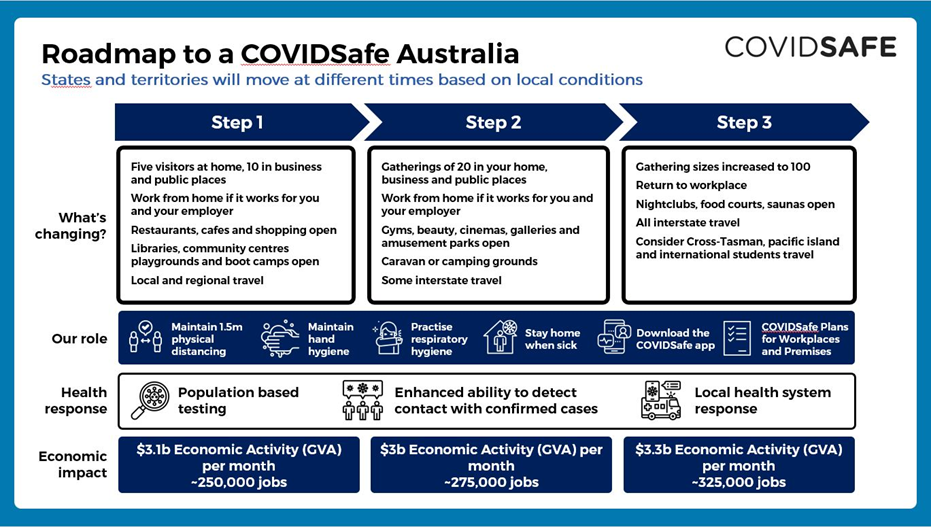