A man’s body has been found in burnt-out bushland on the NSW north coast, taking the bushfire death toll to four. 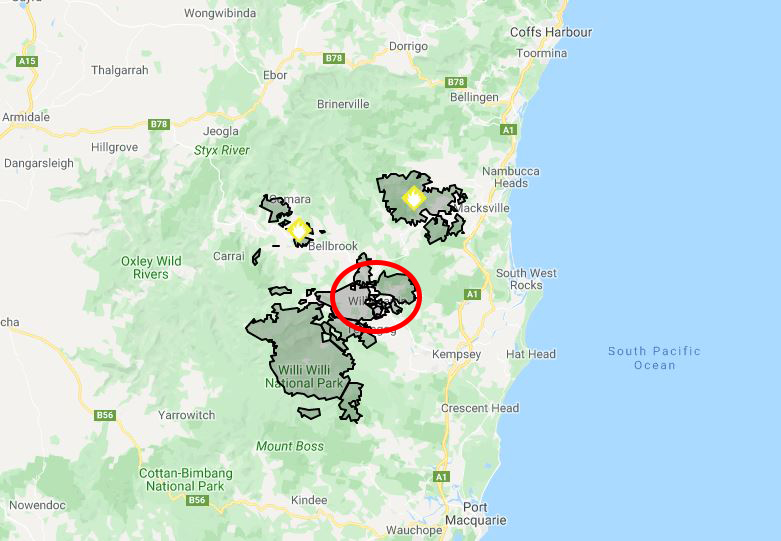 The man, Barry Parsons, lived in a shed nearby and police have been told he was last seen on Friday.

“He described it as the apocalypse. It was frightening, basically, being on his own in that situation.

“This is just the absolute worst news that anyone in this area could have expected.”

He’s the fourth person to be killed in the blazes, which have ripped through more than a million hectares and destroyed hundreds of homes.

The immediate threat from the fires has eased but there are still more than 55 burning across the state.

NSW RFS Commissioner Shane Fitzsimmons says the lack of rain is having a “profound effect… on the fire behaviour”.

He expects weather conditions to deteriorate over the weekend and into next week, with hot winds blowing in from central Australia.