Blind chocolatier Gerard Gossens has thanked Alan Jones for helping him turn things around during one of his darkest moments.

Alan spoke to Gerard earlier this year after he was forced to close his Brisbane shop Chocolate Moments due to the devastation caused by the Cross River Rail project.

But Alan and his listeners rallied around Gerard, helping him get back on his feet and find a new location for his shop.

Gerard joined Alan in-studio today on International Day of People with Disability, thanking him for saving his business.

“It’s all been through the support of 2GB and the listeners right around.

“We’ve had some good support from Adriano Zumbo with the actual design of the store. We’re looking to reopen come January of next year.” 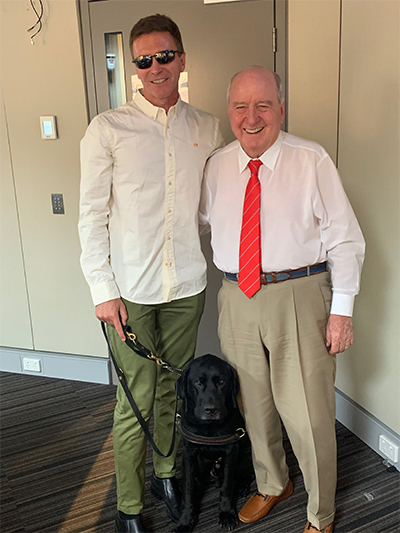 Alan Jones with Gerard Gossens and his guide dog Boss