There are big delays for Brisbanites heading out of town for the long weekend.

4BC traffic reporter Rhys Messenger said there are delays of 50 minutes heading to the Gold Coast.

“If you are heading down to the Gold Coast, expect delays of up to 50 minutes, add an extra 50 minutes of travel time,” he said.

“There’s 55 kilometres of delays from Eight Mile Plains down to the South Street Motorway exit on the Gold Coast.”

It’s a busy start to the long weekend on the roads out of Brisbane, particularly the Pacific Motorway, Logan Motorway, Centenary Motorway and Gateway Motorway. Be patient, expect delays, and drive carefully in the wet conditions. pic.twitter.com/YyoU1Tc2rl 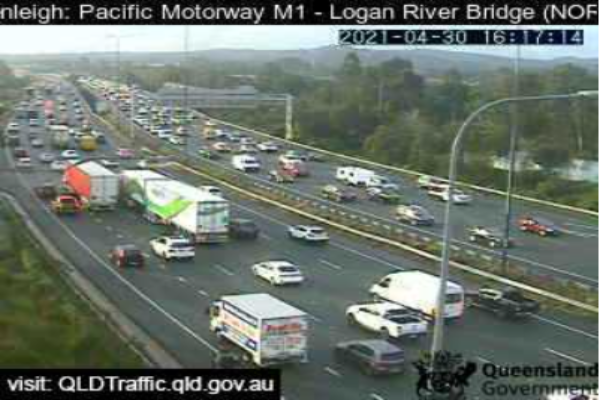