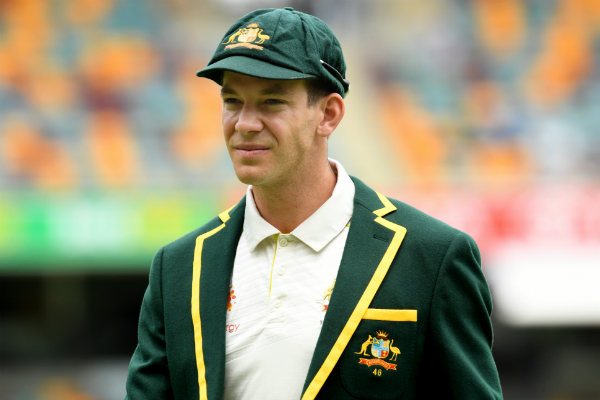 When Tim Paine was brought back into Australia’s Test team in 2017, he was just happy to have a second chance at Test cricket after a constant battle with injuries.

However, fast forward a few months and Paine would be thrust into the captaincy role of the Australian Test team – following the darkest day in Australian cricket.

It was day three of the third Test in Cape Town which saw the Australians caught ball tampering against South Africa – facing global condemnation from the cricket world.

It also saw a cultural review conducted and a number of Cricket Australia Executives depart including CEO James Sutherland and High Performance manager Pat Howard as a result of the scandal.

Paine says it was a tough period for Australian cricket to come out of.

“The fight to win back the respect of the fans and past players and everyone really in cricket circles at the start was really difficult,” Paine said.

“Everywhere we went that was brought up and when you’re playing cricket every day and getting the same questions every day you feel like you’re not getting anywhere and that was really difficult and frustrating for all the group.

“So I think only up until the last couple of months have we started to see a turn and people are starting to focus on the cricket which is great for us.

“Things for me are now really different and really foreign of what I’ve been used to in terms of everything really, a lot’s really changed.

“Everyone’s got their opinions on the Australian cricket team, so that’s something I’ve had to learn to live with and deal with.

“I don’t take it that seriously, it’s sort of working out okay for me at the moment.”

The 34-year-old has done an outstanding job carrying Australian cricket out of the depths of despair and through a rebuilding period with a number of new players brought into the Test team.

Since that dramatic day in South Africa, Australia has won three Tests, lost four and drawn two against the likes of the Proteas, Pakistan, India and Sri Lanka and are now ranked fourth in the world.

And while they have also battled some of their toughest days as a cricket playing nation – Paine admits there are positives to take out of the last 12 months and things are looking bright ahead of a big 2019 – which consists of a World Cup and Ashes tilt in the UK.

“From a batting point of view, we’ve unearthed some really good players particularly in Travis Head and Kurtis Patterson the way they’ve played.

“Heady for a lot of the summer and even in Dubai in difficult conditions he played really well, he’s got eight to ten Test matches in him that he may not have had.

“Kurtis Patterson just turned the corner in the last couple of months, he’s always been a really talented batter, but I think he’s really figured out batting and building an innings and scoring hundreds and that’s happened at a really great time for him.

“Obviously we know how good our pace attack have been, but to have Jhye Richardson and guys like that come in and add a bit of depth to our bowling unit, I think that will give us the ability to rest some of our big quickies so they’re not playing every game of Test and One Day cricket.

“So when they play they’ll obviously be fresher and better.”

Paine has played 21 Tests and averages 35.14 with the bat including five half centuries for his country.

Australia will next head to India for a limited overs tour in March shortly, followed by an ODI series against Pakistan in the UAE in preparation for the World Cup.