Ray has received a photo of Labor setting up for Upper Hunter Independent Kirsty O’Connell at a Singleton pre-polling booth. 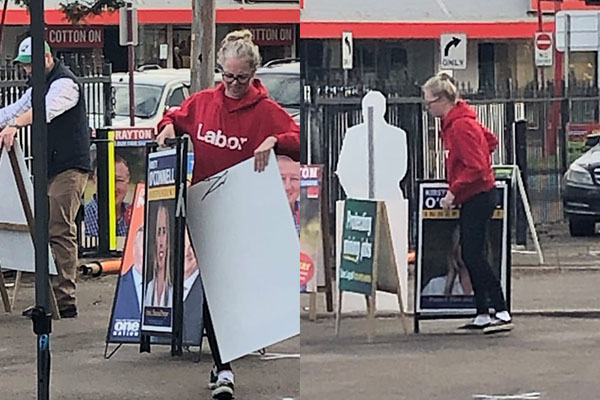 Former Prime Minister Malcolm Turnbull is backing Ms O’Connell in the by-election, despite a loss for the Coalition meaning the NSW government would remain in minority.