A Brisbane bushwalker’s crawl for survival

Brisbane hiking guide Neil Parker is recovering in hospital after a feat of endurance that saw him crawl to freedom through rugged bushland for almost two days with a shattered ankle and a broken wrist.

Neil was alone doing some reconnaissance of a walking track he intended to use to train other guides when he lost his footing on a waterfall and fell six metres onto rocks.

Neil admits he made some fundamental mistakes that got him into trouble.

Brisbane Bushwalkers president Steve Simpson tells Mark that Neil’s story should serve as a reminder to everyone that the Australian bush is beautiful but it can also be dangerous. 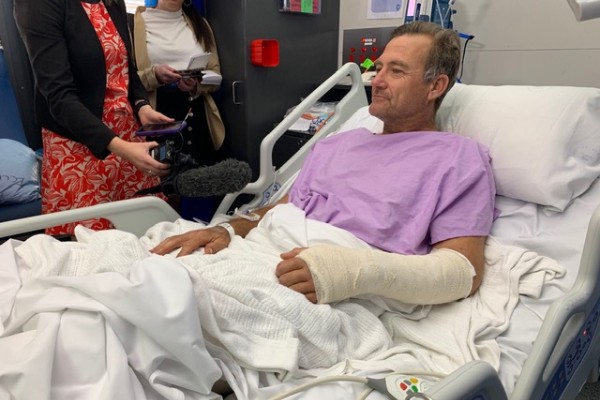