“My dad used to play that as a kid all the time: that’s sort of why I fell in love with country music.”

The singer told Ray Hadley he was fortunate enough to not only meet his hero at his home in Nashville, but sing his favourite song as a duet with Mr Hall.

“I just stood there frozen, and he said ‘Pick your jaw up off the floor son, and come on inside’.

“I sang it with him, in his loungeroom … and it’s one of the greatest memories I’ll ever have.”

Mr Harvey said he even walked away from the meeting with a keepsake he’ll treasure forever: a rug, with an accompanying note praising the young artist on his “great voice” and “bright future”. 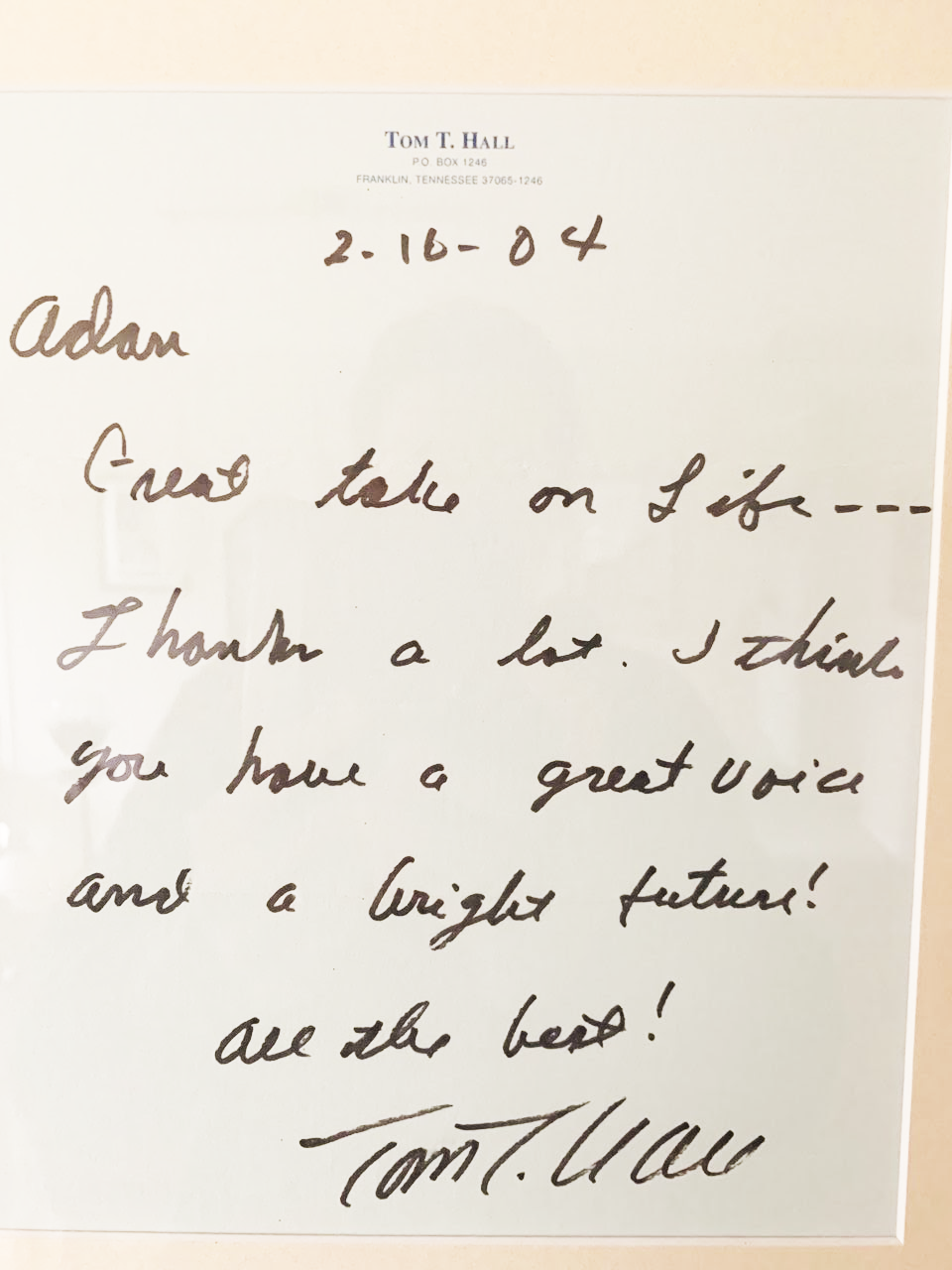 Ray reflected on Tom T Hall’s influence in his own life, recalling the first time he saw Mr Hall live at the Parramatta Leagues Club.

“I walked away from there thinking, ‘This bloke’s a legend, and it’s inexcusable that only so few people came to see him’!”